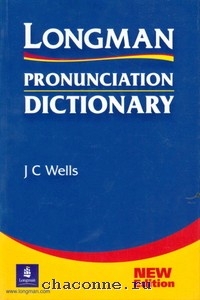 1 171
•135,000 pronunciations, giving full coverage of both British and American English using the alphabet of the International Phonetic Association
•over 200 graphs showing pronunciation preferences of British and American speakers, and how these are changing, for words like controversy, either, harass, and garage -based on Professor Wells's unique Pronunciation Preference Poll over the Internet
•recommended pronunciations clearly shown in blue for each word, as well as other pronunciations in common use
•stress patterns for thousands of compounds and idioms
•more than 5O Spelling-to-sound boxes and 35 Language Panels
•thousands of proper names, including:
•people — forenames, family names, names of literary, and mythological figures
•places — thousands of cities, towns, and rivers in Britain, North America, and Australia, as well as major towns, cities, and rivers in the rest of the world
•commercial products and brands
•pronunciation in the language of origin, as well as English, for words and names from foreign languages
The author. Professor John Wells, holds the Chair of Phonetics in the University of London - a position previously occupied by A C Gimson and, before him, Daniel Jones, who was responsible for establishing the standard IPA system used in English Language Teaching throughout the world.